Why Your Intellectual Property Is at Risk 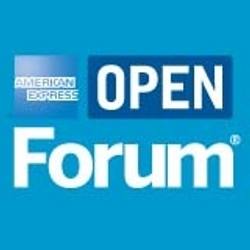 Is your intellectual property protected?

Small-business owners are often saddled with enough work to fill a 48-hour day. But in efforts to keep your business alive, missing a few key steps in protecting your “great idea” can ultimately lead to your losing that idea to IP theft.

A Growing Problem: Intellectual Property Theft in the U.S.

“This clearly points to a much larger problem and I am willing to bet that the statistics for this current decade will be much higher,” says Jerry Mills, the owner of an accounting firm and a near-victim of IP theft. “Businesses, especially small and growing businesses like ours, are prime targets for intellectual property misappropriation and must take proper measures to protect their intellectual property and trade secrets.”

Ideas on the Line: The Story of B2B CFO

When Mills started B2B CFO in Phoenix, Ariz., in 1987, he pioneered an idea that he calls “CFO for hire.” His firm provides focused chief financial officer services to mid-market and growing entrepreneurial companies.

“Every company, regardless of size, needs a chief financial officer,” Mills says. “With us, people can afford a CFO without hiring a full-time person. On a 1099 basis, we make those services affordable.”

In April 2006, Mills’s company brought on a partner with the firm, providing just those services, but it didn’t turn out well. He left the company after violating its rules in January 2007, and almost before Mills knew it, his former partner had started his own company. “It did exactly what we’re doing, providing CFO services to companies,” Mills says.

The lawsuit that Mills filed in 2009, which claimed copyright infringement, among other things, was settled this year for $220,000 and an admission of wrongdoing from the ex-employee.

“The legals fees and court costs exceeded $400,000,” Mills says. “But the biggest cost was just the distraction on my part and that of key people in my company. All the daily interruptions, the affidavits, the interrogatories, the court dates. It just goes on and on and on. Taking the focus off the company, that’s a big cost. That really hurt.”

What to Do: Protecting Your Small-Business IP

“Many companies, like B2B CFO, are targets of intellectual-property misappropriation each year,” says Mark Elliott, executive vice president for the Global Intellectual Property Center, an affiliate of the U.S. Chamber of Commerce.

“In the 21st century, innovation and creativity will remain the driving forces behind America’s competitiveness and economic future,” he says. “Neither can thrive without the strong intellectual property rights embodied in patents, copyrights, and trademarks. That is why these important rights must be constantly protected and promoted.”

And while Elliott’s organization works on advocacy along those lines, small-business owners can protect their IP with these proactive steps:

File completely and quickly. Recent changes to IP law specify that the filers of patents on things such as processes and inventions must be first-to-file in the court’s eyes. The full load of paperwork on a patent is due to the U.S. Patent and Trademark Office within 12 months of initial application.

Search for infringers. What you write down is yours from the start, but that doesn’t mean you can afford to not look out for those who would claim it as their own. Use the Internet, stay aware of where your work is, and where it should not be.

Non-disclosure as the rule. Partners, employees, whoever is privy to your company’s inner workings. These are the folk from whom you want a signed NDA.

Names and logos. File yours with the U.S. Patent and Trademark Office. As with your other IP, make a practice to checking to see that it is not used by other parties. Do this both before and also after you file.

James O’Brien blogs for numerous clients on topics that include: film, social media, writing, technology, marketing, business, and design. He is a correspondent for Boston University’sResearch Magazine and for The Commons a journal covering higher-education. He has written extensively as a news correspondent for The Boston Globe. James blogs via Contently.com.

In the media? Your agency contact is: Ania Kubicki.