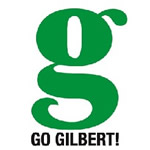 Businesses in the spotlight Finding Financial Solutions: Jerry Mills uses his expertise to give corporate-level financial support to small and mid-size businesses

In the mid-1980s, Jerry Mills was a manager at the accounting giant Arthur Anderson & Company in Phoenix. He examined the market and found a very real gap in support for mid-market companies. Mills realized that businesses often fall into traps in a time of growth because of the inability to manage cash flow effectively. While that management job falls to the Chief Financial Officer (CFO) in larger corporations, budgets don’t usually allow small and mid-sized businesses to fill that role. That’s where Mills knew he could help.

He adds that his company strives to provide customers with a sophisticated service at a cost they can afford.

What began out of his home two decades ago now has more than 174 partners across the country, servicing more than 550 clients with combined annual sales totaling $5 billion and employing 30,000 people. For the second year in a row, Inc. magazine has named B2B CFO to the Inc. 500/5000 list of fastest-growing companies in America.

“To be awarded this, especially during a recession, is quite an accomplishment,” Mills explains. “It’s also a great way for us to represent the community.”

Mills credits most of his success to his Arizona upbringing and his personal drive. After moving to Arizona when he was just 7, his family settled in Safford. Before receiving his degree in accounting from Arizona State University, Mills had experiences in Paraguay and Uruguay when he was 19 to 21 that would change his life forever.

Especially vivid for him is his time in Paraguay under the rule of dictator Alfredo Stroessner, Mills says he realized for the first time the extent of the freedoms we enjoy in the U.S. “We had to carry our identification with us everywhere,” he remembers. “If we didn’t have it, we could be put in jail. There wasn’t anything like going to the grocery store to buy milk or fruit. It just wasn’t available.”

Mills says the experience was motivating for him in many ways. “It made me extremely proud to be an American. I came home motivated to finish college, to excel, to graduate with honors, and to succeed,” he explains.

The poor boy from Safford. who had spent four years of his childhood in a house without running water, was on his way to living the American dream.

As time went on, he got married to a lovely woman named Christine. Today, the couple has four children, two grandchildren, and currently has two more grandkids on the way.

They raised their family in Gilbert and he is proud to continue to call the town home, “Gilbert is a great family community,” he says. “We could even leave our doors open at night if we wanted to. It’s a safe place.”

His kids all went through the Gilbert Public Schools system where they received what he sees as a superior education. They also continue to live in the area. In return, he is happy to be an ambassador for Gilbert. When he accepts awardsÂ—from Inc. or the U.S. Chambers of Commerce, for example—or appears on nationwide television, he is proud to tell the public that Gilbert is his hometown.

Mills reaches out through various forms of media to take his message to the public. He appears on national television shows, radio shows, frequently contributes to print and online publications, and is the author of two books: The Danger Zone—Lost in the Growth Transition and Avoiding the Danger Zone—Business Illusions.

His biggest message for small and medium-sized business owners in today’s tough economy is that it is still possible to make money and have a happy lifestyle.

Mills has a voice that commands attention and he speaks with conviction. As CEO of one of the country’s fastest-growing businesses, he says he’s living the American dream.

“It’s easy to get caught up in the negativity but, even in this economy, there will be a lot of multimillionaires made,” he says. For more info about B2B CFO, visit b2bcfo.com. 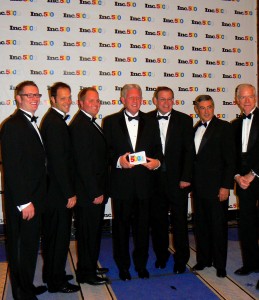