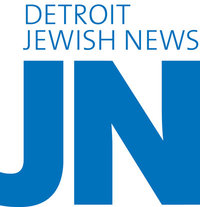 At the Jewish Professional Women’s Network meeting last month, the atmosphere was decidedly relaxed. Participants helped themselves to a light lunch while mingling and chatting. Later, they watched a presentation given by Karen Willner, owner of the YogaWeigh, about her business. The ambiance was so comfortable that it was easy to forget the event was actually a meeting of professionals whose careers included interior design, eldercare, real estate and financial planning. They were all Jewish Detroiters gathered there for the same reason: to connect and learn from each other’s businesses.

“This is a great way to refer people,” explained Rebecca Salama, a financial planner at Raine and Salama, who started the group about a year ago. “I’m much more comfortable referring someone with whom I have a rapport. And in the Jewish community, it’s a quicker level of comfort because there’s usually just one degree of separation.”

The group, which currently has about 15 members and meets once a month, began as a way to network with like-minded women in the community who all shared the common bond of being Jewish.

“The ultimate goal is not only to help each other grow our businesses,” noted Salama, “but also to have a sounding board for ideas and opportunities.”

At a time when communication often refers to a click of the mouse or a tap on the phone, many business owners are making new efforts to establish face-to-face connections. While Facebook and LinkedIn certainly play an important role in business networking, career experts agree that the most effective way to connect with other professionals remains the old-fashioned way: in person.

“There’s something to be said for human interaction,” said Salama. “You get a sense of someone’s personality, and word-of-mouth is by far the best way to refer someone.”

That strategy is particularly valuable during difficult economic times. Even with many area businesses struggling, networking has been proven to yield favorable results. Salama noted that she has already been referred to two new clients by group members and has used the services of four members of the group.

Nosh & Network, a business networking group run under the auspices of the Jewish Event Network, also is helping many Detroiters make connections and find employment. As with JPWN, the mood is relaxed and casual.

“It’s very low pressure and a very comfortable atmosphere,” said Adam Gottlieb, who runs the group. “We just go around the room and people introduce themselves and talk about their businesses. You just nosh and network and talk.”

Founded several years ago by Alyssa Cohen and Jason Brown, the group meets monthly, with anywhere from one to two dozen attendees. Gottlieb said that as the group’s name suggests, it’s “a bunch of Jews eating bagels and drinking coffee” who are trying to network with businesses. The connections form easily, Gottlieb said, because people already share a common bond.

Those who are involved in business networking groups in the Detroit Jewish community can attest to their value. Edward Allon, a partner at B2B CFO, a company that provides part-time CFO services, has built much of his business on networking and referrals.

“The Jewish community in Detroit is incredibly interconnected,” he said. “Networking is much more effective with ‘affinity groups,’ such as the Jewish community, because you have a natural bond with those people that go beyond your business interests. You share natural connections with others with whom you have common bonds, such as Israel or local communal affairs.”

Allon has been involved with several Jewish business networking groups, including the Zebulun Society and Jewish B2B Networking. He also establishes connections through the Michigan Israel Business Bridge, which promotes economic and business ties between Israeli and Michigan businesses, as well as Lunch and Learns through groups like Aish HaTorah.

“Networking and building trusted relationships are the lifeblood of my business and most others,” he said. “That is true more now than ever. Most of my clients have been people I knew or people that they knew. When you work as I do helping businesses grow and thrive, referrals and reputation are everything. And networking is an essential part of that process.”

The Role of Jewish Values

“As a child, I was taught that the highest form of charity is helping people earn their own livelihood,” he said. “This is a core value in the Jewish community, and I saw an opportunity to bring together people who sit together in synagogue on the High Holidays and Shabbat, but didn’t yet know what their neighbor does for a living and how they can work together. This is the void that we have been working to fill in the community.”

Jewish B2B Networking ran quarterly business networking events in Southfield and West Bloomfield in 2010 and 2011, but is now focusing on regional programming instead. In June, for example, the group is planning “The Business Event,” expected to draw 5,000 attendees from across the Midwest. Klein noted that in the two years since launching the group, 139 people have found employment.

Ike Engelbaum of West Bloomfield, who has been running the Entrepreneurs’ Network of Michigan for 25 years, has seen many success stories as well. One man, he said, joined the group after going through a terrible divorce, losing his job and custody of his children. The man established connections through the group and eventually became president of his own business.

The Entrepreneurs’ Network, which focuses on helping people achieve their professional and personal goals through support and education, has 250 members and meets every other week. Its membership is not limited to Jews, but Engelbaum, who also hosts a radio show, acknowledged that being a Jew helps guide his vision for the group.

“As a concentration camp survivor, I can certainly identify with how important it is to help other people,” he said. “America has been very good to me, and this is my way of giving back. The Jewish aspect of helping each other is a big part of my belief of how to be successful. If you help others achieve their goals, they will in turn help you achieve yours.”

In the media? Your agency contact is: Ania Kubicki.